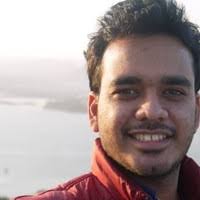 The culture of experimentation is strongly picking up in several sectors of industry. It has become imperative to measure the impact of product ideas with an A/B test. But before one experiment, it is highly recommended to calculate the sample size needed to measure the effect. This advice comes from the traditional approach of hypothesis testing(used in clinical trials, agriculture, etc) as it gives an estimate of the experiment cost one is likely to incur. Running a test beyond the necessary threshold when the desired effect doesn’t exist can result in wasted time and resources that could be spent elsewhere. That is why this calculation is so important.

The duration calculators available in the industry are built on the frequentist based hypothesis testing in which for a certain Type 1 and Type 2 error and a given Conversion Rate(CR), improvement, and number of variations one gets an estimated sample size (refer A/B Test Duration Calculator for more details). However, if one cares about bayesian metrics these calculators do not provide a correct estimate of the test as they do not take into account the bayesian metrics criteria in their sample size calculation.

We at VWO have built a sample size calculator that aligns well with the bayesian metrics we use to check smart decisions in an A/B test. This gives the user a perspective on when a test will end with a smart decision in VWO in median cases if the assumptions on conversion rate and minimum improvement of an experiment by the user holds true.

We also provide a heuristic to obtain extreme estimates beyond which there is no point running the test for a given improvement. Traditionally this requires simulations at the bayesian metric level which was computationally intensive and used to take a lot of time to finish. Now using the proposed analytical form, the simulations required to obtain extreme estimates can be performed blazingly fast.

In the proposed bayesian calculator you are asked for the base conversion rate, the number of variations you plan to have, the size of the minimum improvement you wish to test in the experiment, and the metric threshold. The result of the calculation is the size of the samples needed to reach the threshold.

We use probability to beat baseline and Potential Loss metrics to measure statistical significance. To learn more about their definitions please visit - How VWO Calculates a Winning Variation.

The probability to beat baseline(PBB) is the number of times a Variation is better than the other variation after Monte Carlo sampling is performed. Another way to look at it graphically when two variations are involved, if we compute an uplift distribution such that the difference in Monte Carlo samples of B from A, where Conversion Rate of Variation B is better than Conversion Rate of A we would obtain the following plot as: 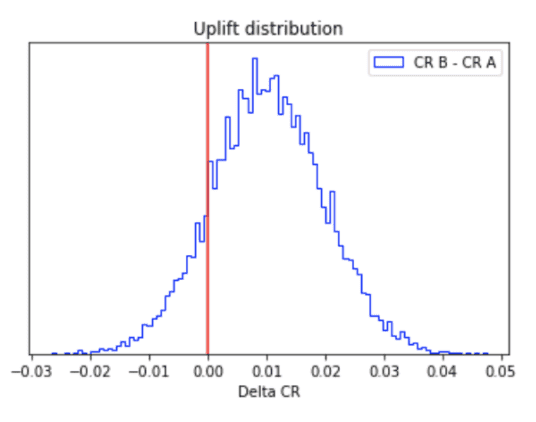 To estimate the number of visitors to see improvement in B we will try to find the standard deviation of uplift distribution(Standard Error) such that:

Then by using the standard error and standard deviation obtained from input parameters we can obtain a visitor estimation.

and Standard Deviation would depend upon the number of visitors obtained in the test. Theoretically, if infinite data is provided it would become Dirac Delta distribution. 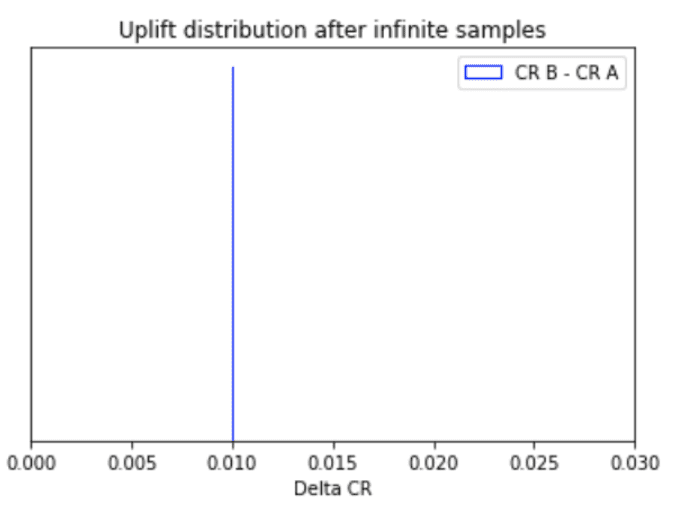 Based on the assumption of uplift distribution as Normal distribution, PBB can be computed analytically as:

where CDF is the cumulative density function and SE is the standard error.

The standard deviation of the data distribution can be computed as:

Using Standard Error(SE) and σ, we can compute the Number of Visitors(N) as:

where nVars is the Number of Variations

Essentially, it is an uplift distribution where the probabilities associated with the negative values of uplift are concentrated at 0. The resultant distribution of variation B would be similar to the following plot. 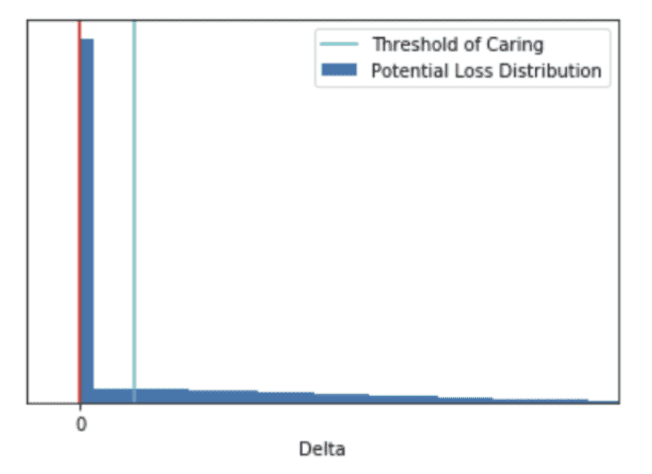 We will find the standard deviation of this distribution such that its mean becomes close to the threshold of caring. Then by using the standard error and standard deviation obtained from input parameters we can obtain a visitor estimation as explained in the previous section. We will use a Truncated Normal Distribution with range [low, high] to represent the positive non-zero portion of the above distribution whose analytical mean can be computed as:

We'll perform a binary search on standard error such that it provides an estimate close to the required probability to beat baseline/Potential Loss within a certain error bound.

Notice how close the median of estimates from 1000 simulations is to the visitor estimate obtained from the analytical equation.

Z is a random variable used to represent revenue per sale distribution.

Sample Size calculators can prove to be very helpful in planning the time and resources to invest in a statistical test. The analytical form of equations proposed in this blog provides a general framework to obtain duration estimation for any parametric model used to measure the effect in an A/B test.

This is just one way that we are improving the experimentation experience at VWO. As the next steps, we plan to integrate it with the VWO app to obtain more realistic estimates in a test while it is running.