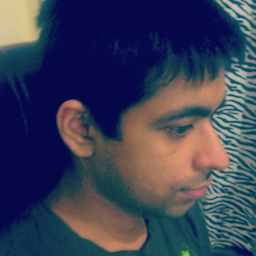 Visual Website Optimizer's editor component loads a website for editing using a proxy tunnel. It put a big restriction on what kind of websites could be loaded in it. Websites behind a firewall, the ones on a local network, or behind HTTP authentication could not be loaded using the tunnel. Other than those, even if the website did load in the editor, chances were that it could break on the frontend due to issues with JavaScript or AJAX communication.

You'd ask: why is there a proxy in the first place? Because, if a page contains an iframe on another domain, it cannot access its properties or functions. It is a security feature that browser vendors offer users to protect their privacy.

So, our task at the frontend recently was to eliminate this troublesome middleman and find a solution for cross-domain iframe communication. We knew what the answer was: the PostMessage API. Provided a customer had VWO tracking code integrated on their website, we could load the iframe directly without a proxy and communicate with it using this API. The bigger question, however, was how to do it. The Editor had a lot of parent-child communication going under the hood for every task the user performed. When attempting to use PostMessage for this communication, we were faced with a couple of issues:

For instance, when you select an element in the child frame, it creates a new VWO.Element instance in the parent frame and asks it to open a context menu. The code looked something like this:

While, it might seem like a trivial problem to solve on the cover, deep underneath, we were faced with a race condition. The Element.create method asked the child frame to add a class to that element, and the ContextMenu.showForElement expected the class to have been applied by the time it was executed.

We concluded that refactoring the code to adapt to the asynchrony would be one hell of a task and we had to find another way. We decided to write a wrapper around the PostMessage API to solve the above three problems. We called it please.js. We are currently giving it some finishing touches before we push it out to the community. Here's how we did it:

Although this seems hackish at the first glance, it was a way to rapidly iterate over synchronous code and convert it to use promises and callbacks without giving much thought on the logic.

A paradigm shift, yet the logic remained unaffected. Exactly what we wanted.

This was something that I thought of during one of the hackathons we host at Wingify. Turned out to be very fruitful!

In my personal opinion, I believe using promises for such a large transition has greatly impacted the way I think about frontend web development. It is a way forward for rapid asynchronous development, and yet having a flattened synchronous-like code structure.

please.js will be opensourced soon, so keep an eye out on the blog for updates!