Wingify towards Docker and Kubernetes 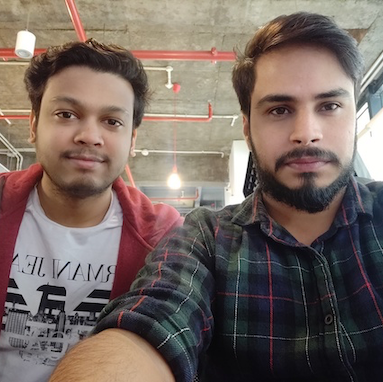 At Wingify, we follow microservices based architecture to leverage it's great scalability benefits. We have a lot of microservices along with a complex networking setup among them. Currently, all the services are deployed on virtual machines on the cloud. We wanted to improve this architecture set up and use the latest technologies available. To avoid all this we are moving towards Docker and Kubernetes world!

Why Docker and Kubernetes?

The problems we are facing with the existing infrastructure:

We are trying to tackle all these problems in an automated and easy way using Docker, Kubernetes and few open-source tools.

We started out from scratch. Read a lot of articles, documentation, tutorials and went through some existing testing and production level open source projects. Some of them solved a few of our problems, for some we found our own way and the rest of them are yet to be solved!

Below is a brief idea of all the ideas and approaches we found to solve many of our problems, the final approach we took and comparison between them:

Every dockerized service starts with a Dockerfile. But the initial issue is where to put them? There will be a lot of Dockerfiles combining all the services.

There are two ways to put them:

Below is the comparison among them: 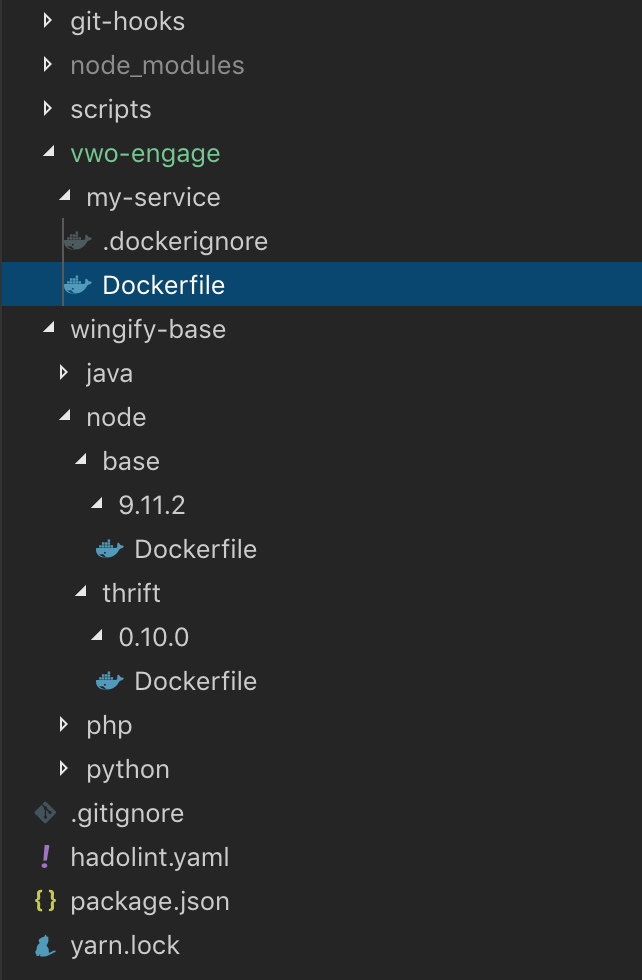 The folder structure is broadly categorized into 2 parts: * **Services directory:** - It contains the directories of all the services each having their own 'dockerfile' and '.dockerignore' files. - Internally they inherit from the base images. * **Reusable base images directory:** - It contains all the reusable dockerfiles that are categorized broadly according to their respective languages like node, PHP, etc. - Dockerfiles containing only the languages are placed in the 'base' folder. - All the extensions, plugins, tools, etc. of above base images are placed in the same directory, like 'thrift' for node.js. - Versions are important as multiple services may use different versions of the same plugins. Like, one service may require MySQL 5.6 and the other one may require 5.7. So, each directory is further nested on the basis of versions.

Next, we will discuss the reusable base images concept.

There are many opensource linters available for Docker files. We found hadolint meets most of the standards that Docker recommends. So, to lint all the files we just have to issue a simple command which can be easily integrated into the githooks.

We searched and tried multiple formatters, but none of them worked as per our requirements. We found dockfmt was close to our requirements but it also has some issues like it removes all the comments from dockerfile. So, we are yet to find a better formatter.

It's very common that a lot of services need the same OS, tools, libraries, etc like all the node services may need Debian stretch OS with node.js and yarn installed of a particular version. So, instead of adding them in all such Docker files, we can create some reusable, pluggable Docker base images.

Below is the example of a Node.js service which requires:

Here, by default, we are using the above-created node's Docker image. But we can pass any other environment's base image as an argument to install thrift there. So, it's pluggable everywhere.

Finally, the actual service can use above as a base image for it's dockerfile.

We have multiple services that have some dependencies which are fetched from private repositories. Like in our node service, we have one of our dependencies listed in package.json as:

Normally we need ssh keys to fetch these dependencies, but a Docker container won't be having it. Below are the few ways of solving this:

Way 3 proved to be much better in our case and we moved ahead with it.

The final dockerfile of the service implementing all above will be like:

Here '.npmrc' contains the registry which points to our own private npm. We are copying it so that Docker container can fetch our private repos from it.

Every time we change our code, we don't want Docker container to install dependencies again (unless changed). For this we divided the 'COPY' step in above dockerfile into 2 parts:

Doing all this will reduce the Docker image build time to just a few seconds!

Tagging is important for any rollback on productions. Fortunately, it's easy to do in docker. While building and pushing an image on Kubernetes we can specify the tag version with a colon. We can then use this tag in Kubernetes YAML file to deploy on the pods.

This works fine, but it still requires a new tag every time we are building a new version of the image. This can be passed manually to a job. But what if there is auto-tagging?

First, let's find out the latest tag. Here is the command to find the latest image tag from GCP:

We can use this in a custom node script which will return the new incremented version. We just have to pass the image name and the release type i.e. major/minor/patch to it.

Thanks Gaurav Nanda for the above script.

Our ultimate goal is to migrate everything from the existing setup to GCP with Docker and Kubernetes. Migrating the whole system in one go on production is time-consuming as well as risky.

To avoid this we are targeting individual services one by one. Initially, a service will run on GCP as well as on the existing server with their databases pointing to the old setup. We will open them for a few accounts at the beginning. The rest of the accounts will work as before. This will ensure that if any issue comes in a new setup, we can easily switch back to the old setup while fixing it.

We may be using some things differently that can be improved upon. There can be better tools that we are yet to explore. We are open to any suggestions that can help us in improving what we are already doing and what we will require in the future. This is just a start, we will try to improve in every iteration and solve new challenges.

Thanks to Gaurav Nanda for mentoring and guiding us for everything.