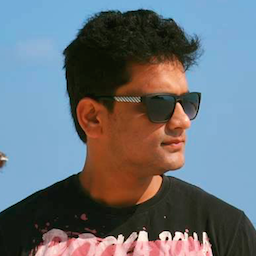 About two years ago, Wingify had introduced the new generation of our Visual Website Optimizer to the world. Boasting a modern visual interface, it also had many new features. We’ve come a long way since then. We’ve added even more features to it while improving the previous ones. But with continuous development, it becomes imperative to keep the app lean and fast as well. New features, unless proactively attended to, usually make apps slower. This effect is especially prominent in SPAs(Single Page Applications) which have to be downloaded first on the browser before they can execute. Thus, performance management is an iterative and continuous process. This post is largely a collection of our learnings and implementations done on/to our app to keep it lean and slick.

There are several types of performances when it comes to modern web applications. This blog post chiefly deals with our efforts in improving the app load time. This was also the first phase of the plan since the first things users notice is how soon can they start using the app.

To measure performance, we’ve installed monitoring tools which help us visualize the improvement or deterioration of the app with every release made to production. The chief ones among them are:

Apart from the tools placed to measure performance, we’d also been busy shipping the following boosts to the app:

We’ve come a long way from the initial VWO app that was made two years back. And we still have a lot to cover. As we see it, this is just the tip of the iceberg. We’ll be publishing more posts on the improvements that we push to the app. If you have any suggestions, queries or concerns feel free to drop a comment.