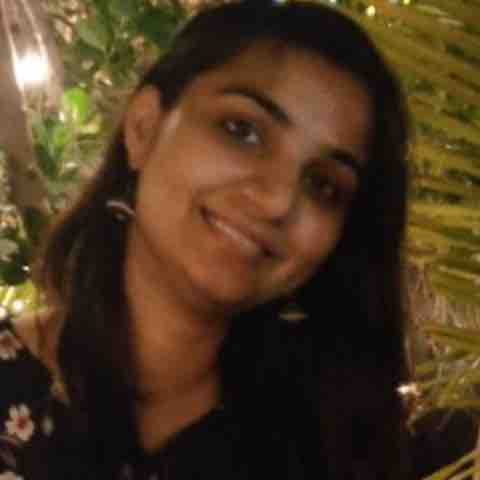 Recently, we migrated one of our web apps to the Webpack 4, which decreases build time and reduces chunk size by using Split Chunks plugin. It automatically identifies modules which should be split by heuristics and splits the chunks. This blog post deals with our efforts in understanding the mysterious Split Chunks plugin.

The problem we were facing with default Split Chunks config is that a module of large size 550 KB was duplicated in 4 async chunks. So, our goal was specifically to decrease the bundle size and utilize a better code splitting mechanism in the app.

We used webpack-bundle-analyzer to get a nice view of our problem. 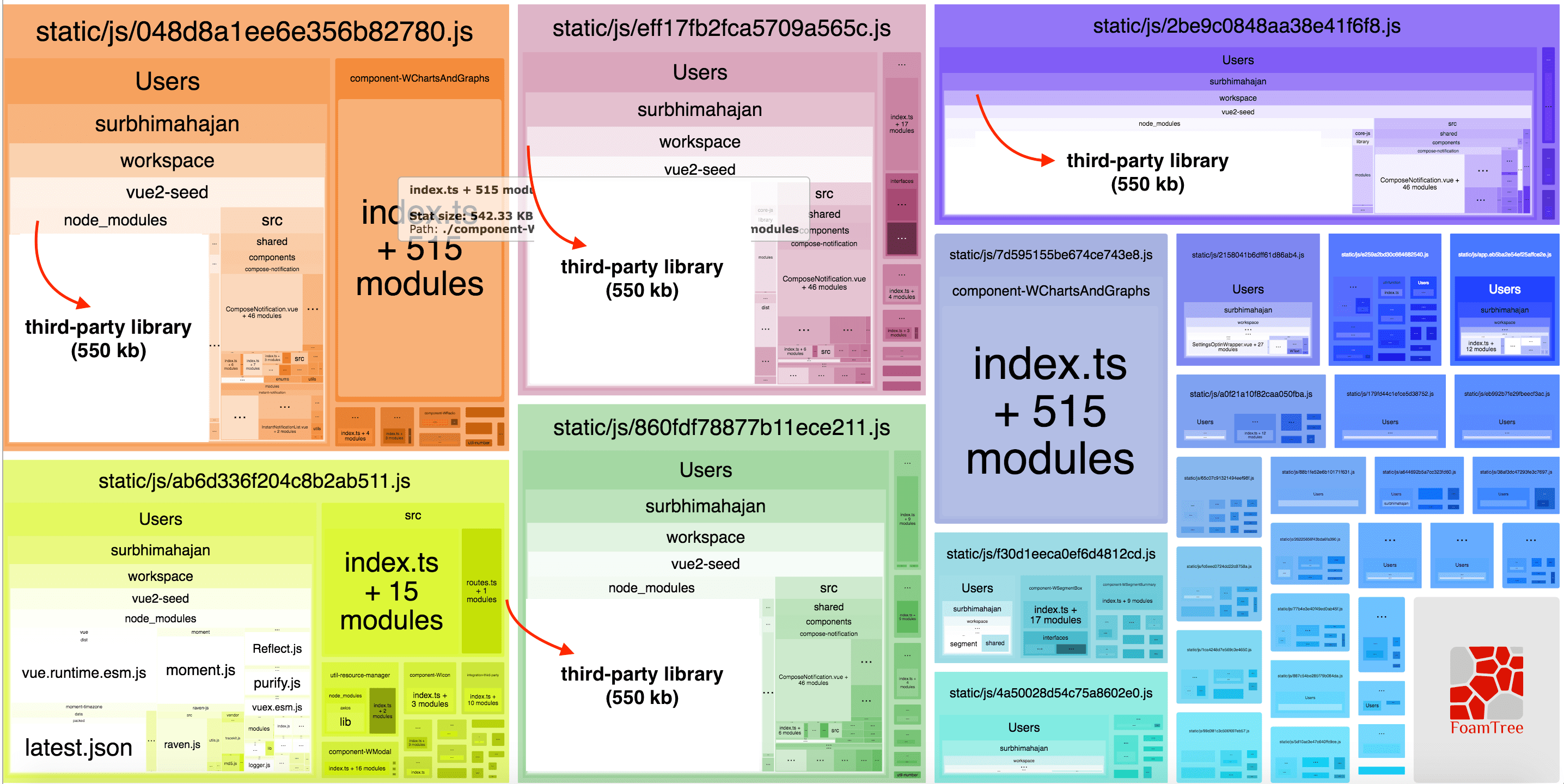 By default, Split Chunks plugin only affects on-demand chunks and it split chunks based on following conditions:

In our case, a separate chunk of the large-sized library would not be created.

What's the reasoning behind this?

It satisfies first and second conditions as it is being used in 4 chunks and its size (550 KB) is bigger than 30 KB so concludes that it should be in a new chunk. But it does not satisfy the third one as 5 chunks were already created at each dynamic import which is the maximum limit for async requests. We observed that the first 4 chunks include all modules which are shared among 7,6,5,5 async chunks respectively and the last one is its own chunk. Modules on which a maximum number of async chunks are dependent on have been given priority and as a library is required by only 4 async chunks, a chunk containing it would not be created. 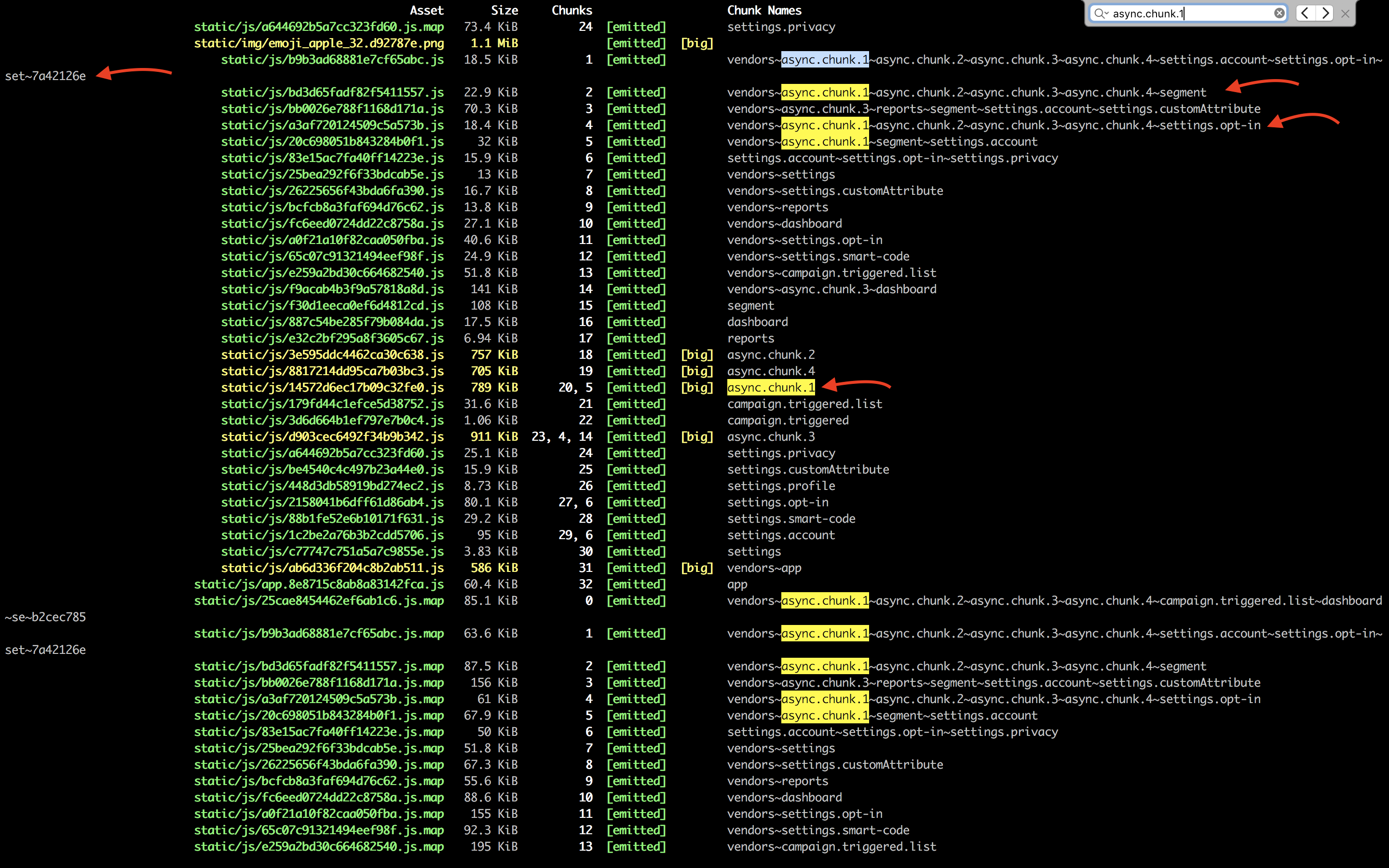 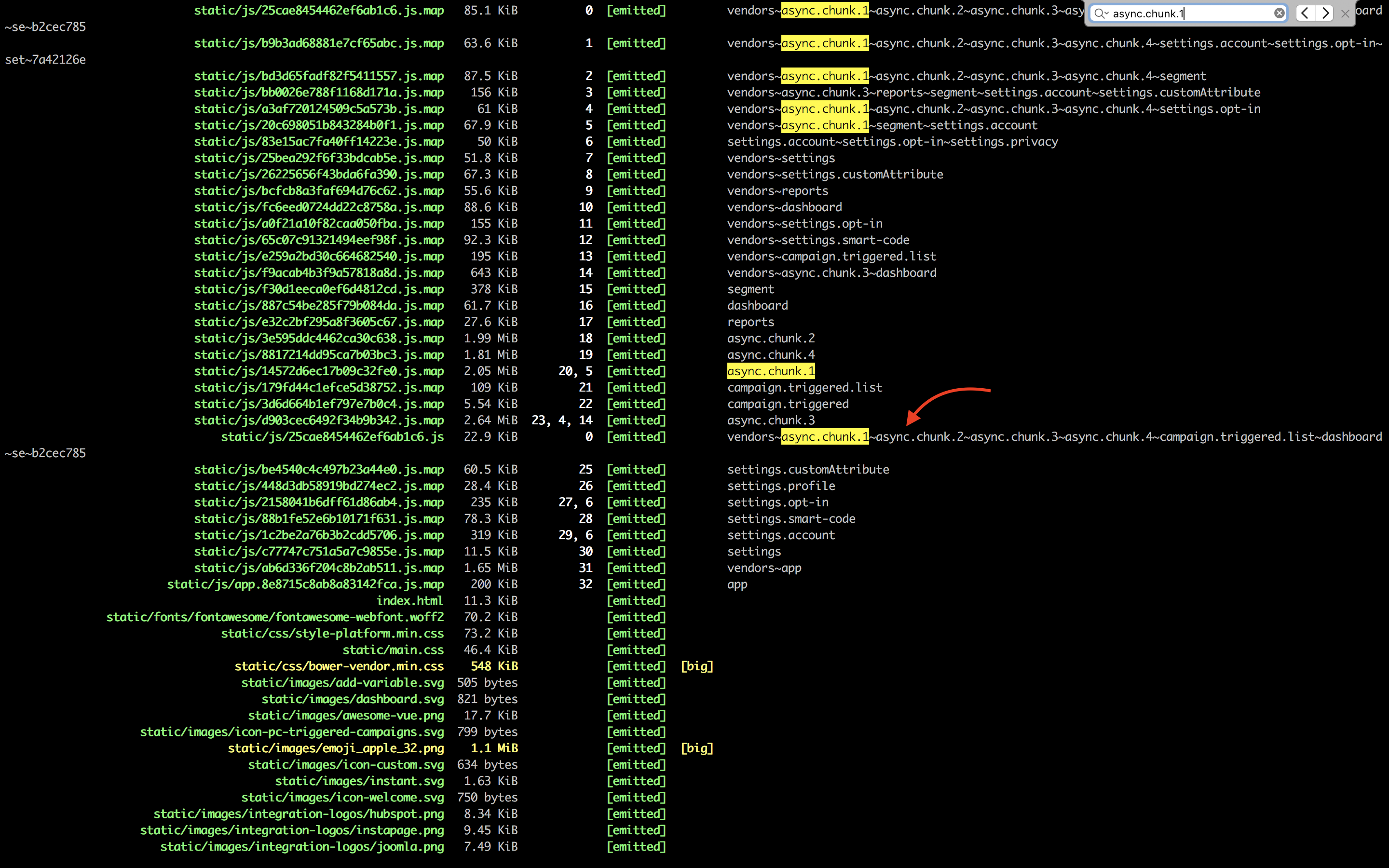 We can have more control over this functionality. We can change default configuration in either or combination of the following ways: 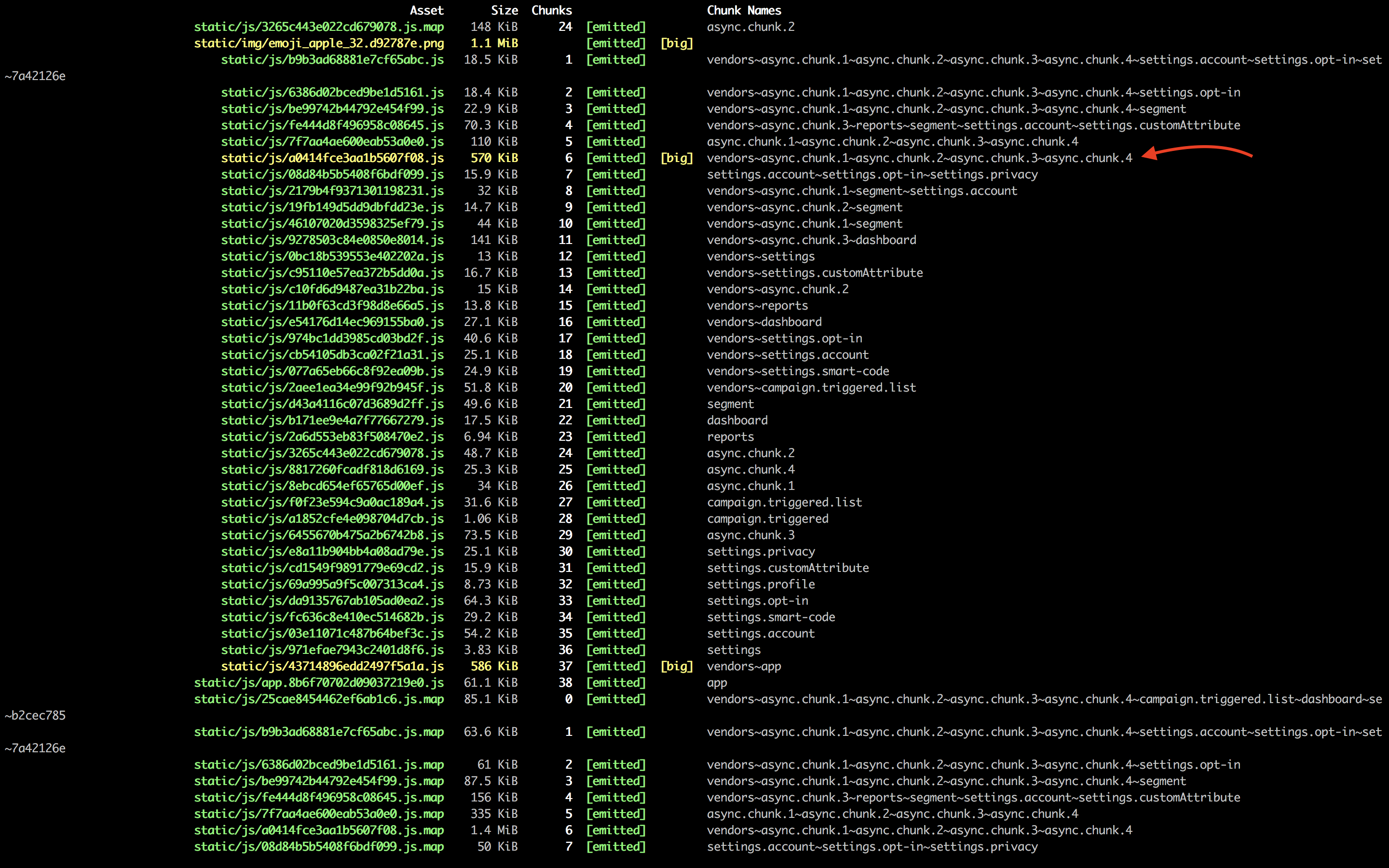 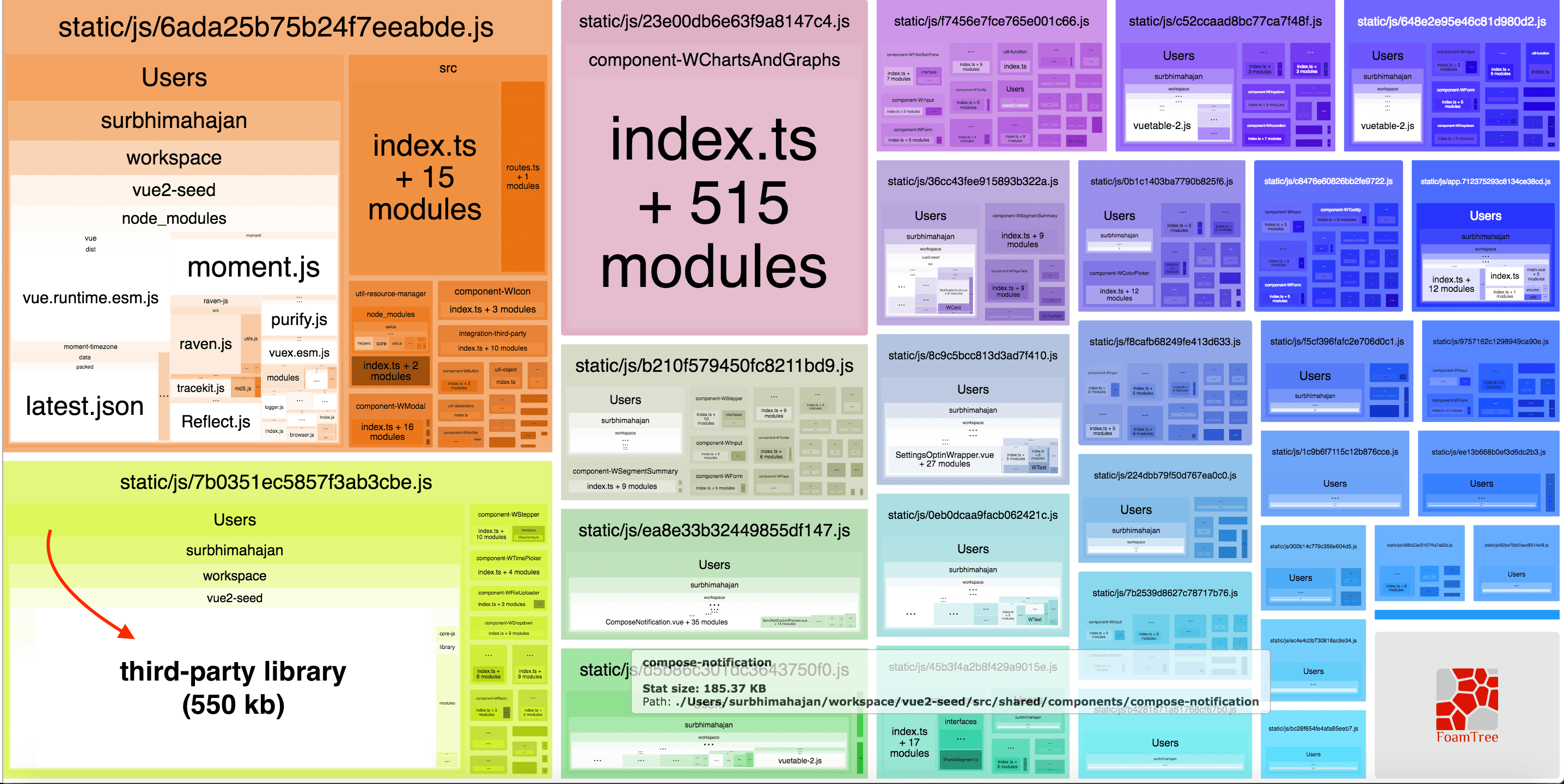 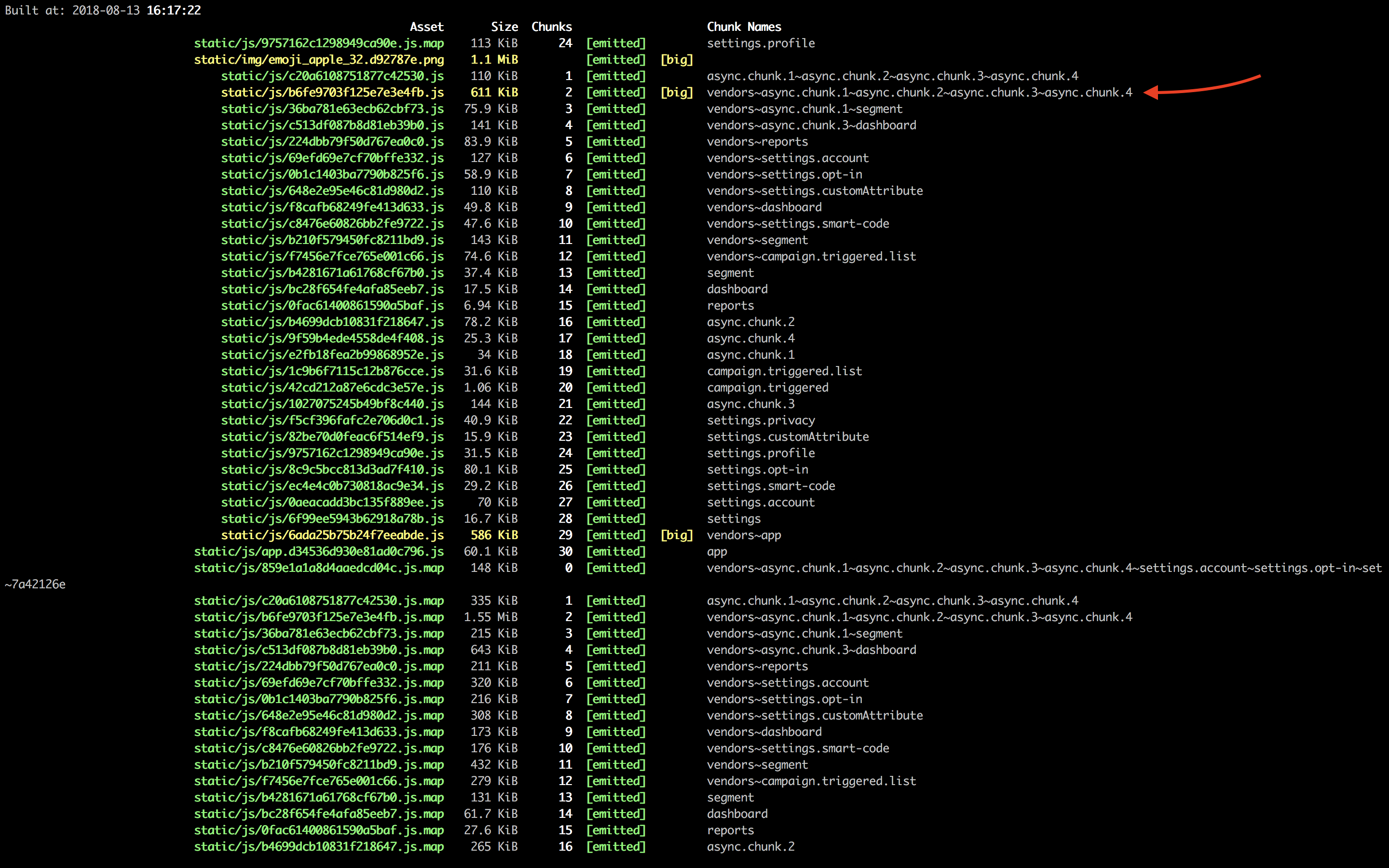 Increasing minSize and maxAsyncRequests both decreases the size of async.chunk.2 chunk.

The second approach can result in multiple large-sized chunks, each one having multiple duplicated small-sized modules. On the other hand, the first approach will result in a large number of small chunks which do not have any duplicated module. Loading multiple small chunks increases the loading time of page but with HTTP/2, it will work efficiently.

Finally, we achieved what we wanted, a big library is now separated from our bundles and lazy loaded on demand. Thanks to Dinkar Pundir for helping me in solving the above problem. If you have any doubt feel free to drop a comment or tweet us at @wingify_engg.